A significant update has been made to PubChemRDF, machine-readable PubChem data formatted using the Resource Description Framework (RDF) (https://www.w3.org/RDF/).  (If you have never heard about PubChemRDF before, please read this PubChem blog first.)

RDF is a World Wide Web Consortium (W3C) standard model for data interchange on the web.  In RDF, knowledge is expressed as statements, each of which consists of three discrete parts: a subject, an object, and a predicate that specifies the relationship between them.  So, the trio of these parts is called a triple.  For example, the sentence “asbestos can cause mesothelioma” consists of “asbestos” (subject), “mesothelioma” (object) and “can cause” (predicate).  Similarly, the sentence “ethanol is metabolized to acetaldehyde” can be broken down into a triple of “ethanol” (subject), “acetaldehyde”, “is metabolized to” (predicate).  In essence, RDF expresses knowledge into a directed, labeled graph. 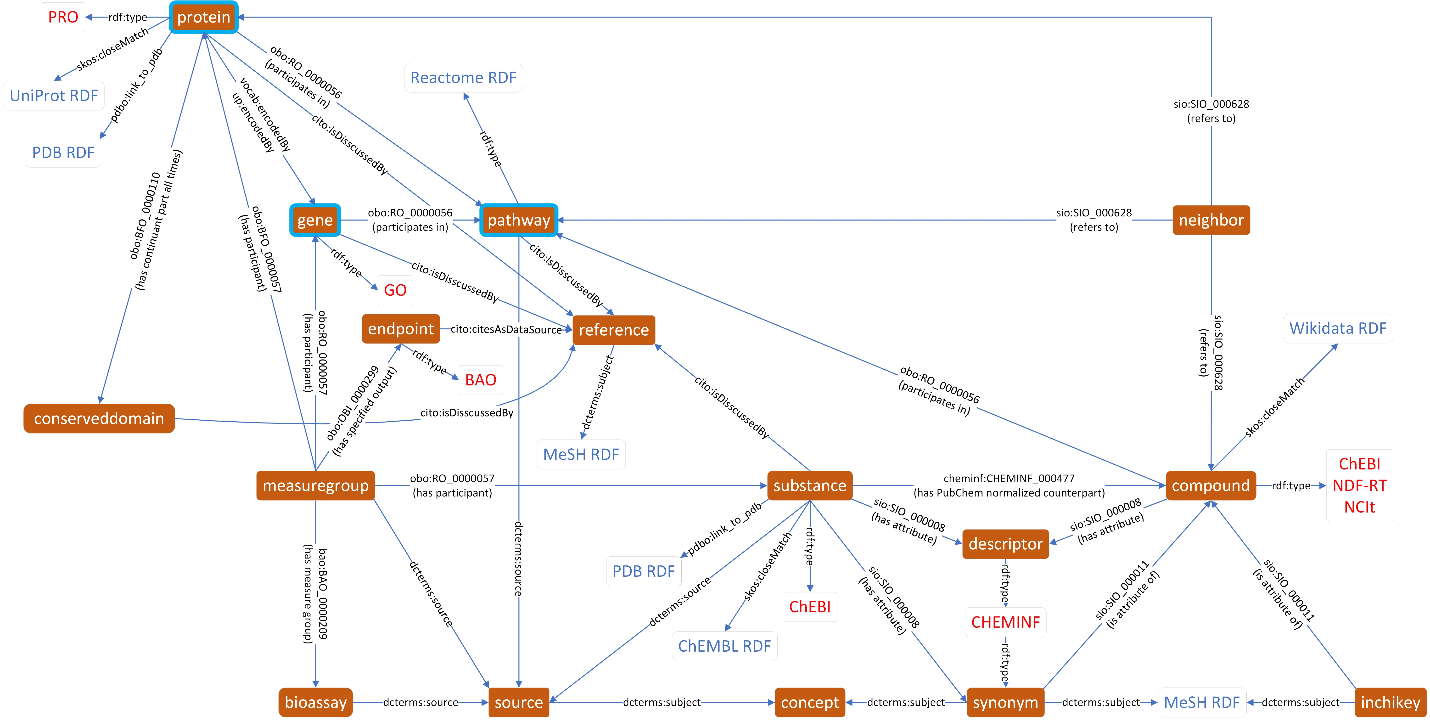 Where can I learn more about PubChemRDF 1.7β?

To learn more about this topic, please read the following: